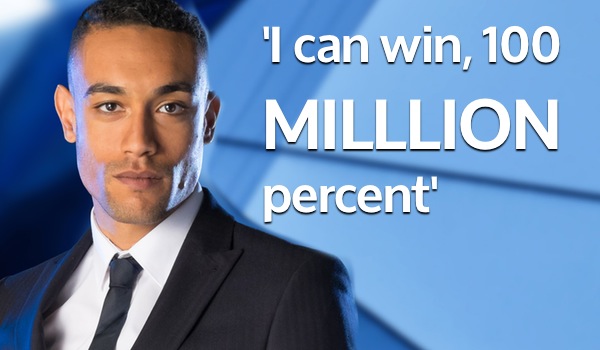 The pressure finally got to Scott in last night’s thrilling episode as the candidates were given their toughest assignment yet – selling property in old London town. Despite Team Connexus being triumphant in trouncing the competition, the senior account manager decided to cut his losses and quit in front of a shocked boardroom.

His reasons were pretty easy to spot; the lad couldn’t find his way round a showflat, never mind trying to figure out the commission on the high-rise living spaces he and Brett were attempting to flog. Karren, who followed Scott round like a crazed stalker throughout the episode, was quick to point out the the 27-year-old was “well out of his depth”. And he was. But fair play for biting the bullet before being fired, which no doubt would have happened had he found himself on the losing team again.

So, farewell Scott and good riddance to Selina too. I imagine there were plenty of high-fives doing the rounds on the candidate’s house after Lord Sugar finally gave her the boot after one bitchy-stare too many. The fact she would cause an argument in an empty (show) room meant the writing was on the wall for her. Charleine can also sleep better at night too. Below pretty much sums up our opinion of her…

And that was really the most exciting development (get it?) in last night’s run-of-the-mill episode. Credit to Team Connexus for selling a few flashy flats but Joseph’s dodgy ‘tache seems to be his achilles heel as even Lord Sugar pointed it out last night. Shave it off , lad, it’s not the 1970s and you aren’t a plumber. Class!

So, what now for the rest of the candidates? Here’s what we think will unfold before the Bard of the Boardroom chooses his new business partner:

The class of 2015 might not be living up to previous seasons so let’s hope the final three weeks prove to be must-watch rather than behind-the-couch-cringeworthy.